Lars Petter Maltby in the steering group of Prosess21 believes that Norwegian economists are wrong about the power refining industry. Since 1990, the process industry has grown and at the same time reduced emissions by over 40 percent, and is certainly not on the way down as economists indicated 20 years ago.

Maltby writes in a commentary in Dagens Næringsliv that the Norwegian power refining industry is crucial to ensuring industrial activity with climate-neutral solutions on the European continent.

Read the commentary in DN here

Here is an English translation:

Economists are wrong about the power refining industry

Social economist Torfinn Harding criticizes the government's industrial initiatives on 29 September. It is a criticism that, to a very limited extent, takes in the challenges facing Norway and the world.

The process industry is one of Norway's three largest export industries. Norway is the EU's largest producer of aluminium, silicon, nickel, ferrosilicon and manganese alloys. The industry is established all over the country, from Lindesnes in the south to Tana in the north, and it creates major ripple effects in a number of local communities.

And the potential this industry represents going forward indicates that growth will be able to continue. The EU's green deal, the "Green Deal", with the aim of maintaining sustainable growth by ensuring industrial development, employment and fair distribution while at the same time reducing greenhouse gas emissions, puts the Norwegian power refining industry at the center in order to succeed in both the 2030 and 2050 goals .

Since the Green Deal was launched in 2019, the ambitions have also been further strengthened and the instruments sharpened, most recently due to Covid-19 and the energy crisis. If European ambitions and goals are to be realized, emission-free and sustainably produced steel, chemicals and batteries are needed. There is heavy investment in multinational research and development to develop the products of the future that we need in, among other things, electric cars and wind turbines.

Harding also highlights the rapidly emerging Norwegian battery industry as power-intensive. The battery industry is basically not power-intensive, but as a result of the volumes that are planned, a fully developed factory will use a lot of power. The European battery market is expected to be 12 times as large in 2030 (1000 GWh), and for an industrial country like Norway, an emerging industry where competence and technological development are key ingredients, in combination with green power, is an adventurous growth opportunity. The EU has taken several measures and is making larger investments so that Europe will become less dependent on current battery production, which is largely carried out in China. Norway is very well positioned to be able to deliver on this ambition.

The Norwegian power refining industry is crucial to ensuring industrial activity with climate-neutral solutions on the European continent. The initiative means that the EU and Norway do not become dependent on carbon-intensive products from countries with significantly lower climate and environmental ambitions. Both the EU and Norway's roadmap and objectives are clear; greenhouse gases must be reduced by 50–55 per cent by 2030 and to become a low-emission society by 2050.

A purely socio-economic approach only takes account of settling the accounts within Norway's borders. However, if Norway is to achieve both export and sustainability targets, as well as for both Europe and the world to achieve their targets, the Norwegian power refining industry is an absolutely crucial ingredient. 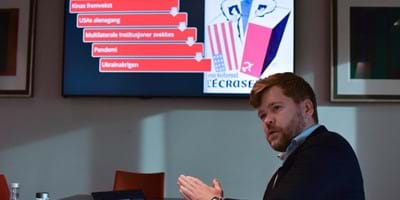 Eyde in the EU: Much more focus on alliances than before 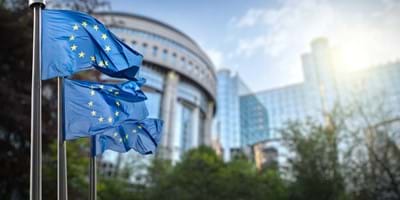 New EU project: The goal is to create circular passports