A great interest for batteries during this years PROSIN conference

Not unexpected, batteries put energy into the conversations, at the PROSIN conference.

Day 1 of this years PROSIN conference was focused on batteries and how the Nordic battery value chain can contribute to a sustainable European future. Batteries and the planned battery plant were also a hot topic for both the local news and the local society - aiming on how to secure a sustainable and attractive region serving thousands of new jobs.

First of all, the new battery plant in the southern part of Norway, is aimed to be the greenest in the world. Their benefit is that the raw materials are produced using green energy, as nickel and cobolt made at Glencore Nikkelverk. in Kristiansand  - locally produced, and based on ideas on how it can be possible to recycle the batteries and in that way keep the raw materials in the value chain.  The corona crisis, which has given the companies big challenges, can now be a benefit for the companies, supplied with governmental funds for their work towards the green shift. This can be a good strategy for greener batteries.

- I believe everybody agree on that the Nordic countries have some great benefits in Europe, says CEO in Eyde Cluster, Helene Falch Fladmark, when she was interviewed at NRK Sørlandet.

This view was also supported by several speakers during the conference, both Monday and Tuesday, where circular economy was the day 2 topic.

- I have had several useful conversations here, which I will follow up. Mapping side streams from Eyde Cluster is one of them, says Irene Siljan Vestby from Industrial Green Tech - who presented the roadmap for a climate positive industrial region in Grenland.

Industrial Green Tech is for the first time co-host at the PROSIN conference, and were also contributing digitally from their own hub at the conference Tuesday. The same did  Arctic Cluster Team and Avfall Norge, who helped organizing the conference.

- The politicians have to wake up

Industrial Green Tech is an industrial hub with its goal to get more of the companies to focus on carbon capture,  and grow an industrial urban symbiosis. They have taking initiative to a hydrogen forum, aiming to develop a value chain within Hydrogen, as part of reducing waste. To reach 0-waste within 2050, she thinks it demands a bigger awakening from the politicians.

- I think the politicians have to understand how urgent it is. It is very important that they by themselves are interested in getting acknowledge. The industry in Norway is not big enough to be on their own, Siljan Vestby points out.

She thinks the political will is the trigger. Together with increasing the attractiveness for Norway as an industry nation by being a host.

Many of the good stories were presented during the PROSIN conference.

Look at the programme

- We hear that they have big ambitions out there, but are they realistic, says Falch Fladmark, who believes we are moving in a right direction, and that we can make it together.

The gifts for the speakers, spoke for a good ideology; it all starts with a good meal. The cookbook contained a collection of the big industry entrepreneur Sam Eydes wifes recipes.

Helene Fladmark reminds us what was said on last years PROSIN conference: If Sam Eyde was still alive, the industry adventurer from Eydehavn, who made Norwegian Hydro out of Norwegian hydro energy and later established Yara and Elkem, he would have been committed to the battery production.

Watch the interview about the battery commitment here: 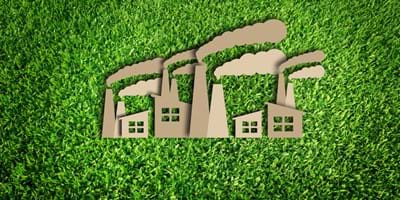