Gave input to the Prime Minister

The Norwegian Prime minister Erna Solberg believes Norway can make a significant contribution to the circular economy. The Prime minister hosted a video meeting to gather input and discussion actions the government can take to develop green growth in Norway, Eyde Cluster was one of the 10 organizations asked to attend and share our perspective.

- We have had a good discussion about the green transition. What is the potential? What are the challenges? There are some significant opportunities within EU’s Green Deal and the projects under Horizon Europe, which Norway has to participate in, says the Prime Minister Erna Solberg after the input meeting she had with Helene Falch Fladmark, CEO in Eyde Cluster, and participants within business and environmental organizations.

Eyde Cluster focused on two areas where Norway has good qualifications to contribute to the significant global green change:

- Both these areas are pointed out as strategical important in The European Green Deal: “…a new growth strategy that aims to transform the EU into a fair and prosperous society, with a modern, resource-efficient and competitive economy where there are no net emissions of greenhouse gases in 2050 and where economic growth is decoupled from resource use”, claims Fladmark.

The Norwegian Minister of Trade and Industry, Iselin Nybø, and the Minister of Climate and Environment, Sveinung Rotevatn, also attended the meeting.

Representative  from the business and environment organizations included

Production and recycling of batteries

- Norway already produces, and has a significant potential for increased production, of battery materials. Now it´s time to gather all the Norwegian industrial power to secure Norway´s contribution to – and an increased part of the value chain of production and recycling of batteries, says Fladmark.

With a considerably material competence, good access to renewable power, high percentage of electric cars, it is important that we capitalize on the situation and contribute to the growing European value chain.

- By gathering our expertise and resource within the battery space, we can make the way for building up battery plants in Norway, as Northvolt in Sweeden. Eyde Cluster has already gathered many parts of the Norwegian ecosystem around our R&D-project BATMAN, funded by The Research Council of Norway, points Fladmark out.

- The effects have to work

As a result, she recommended to increase the funds to Invest in Norway, which is a part of Innovation Norway, with 20 MNOK. In a cooperation with the industry participants, Invest in Norway has a  new mission to develop an investment plan for battery investments, which includes mapping out locations, competence, energy access, source for capital etc.

- We should adjust the incentive system in a way that will give us the best possibilities for piloting in Europe, and develop and support Nordic cooperation in this field, says Fladmark.

To realize the investments in companies and plants for battery and hydrogen, she thinks that Enovas mandate for the pilot investments has to be changed, so that

the businesses  within CO2 quota system also can be funded.

- Norway is a first mover in this area, and can contribute with its reduction of global climate emission reduction if Enova can also support technology adaption and pilot plants, says Fladmark.

-We estimate a cost of 20MNOK for this work, which could be organized by the intern organizations and clusters, and may be done in a cooperation between the process industry, recycling businesses, research and government. We did a mapping like this with our 10 core companies in 2013.

This mapping has formed the base for several projects for reusing waste. Unfortunately, mapping like these, are seldom qualified for funding of the existing effect system, since these are not considered as research or innovation, also because of the considerable uncertainty in the potential for added value, states Fladmark.

Priority projects for the circular economy

Fladmark points out that such a mapping will be a very valuable contribution to a national strategy for circular economy. It will also be an important way to start bigger projects which will secure that the Norwegian process industry enter into a prospective circular value chain, in a close cooperation with the recycling business.

- We have to adapt the effects in a way to get the circular economy a priority. This refers to both the Research Council of Norway, Innovation Norway and Enova, points Fladmark out.

She also pinpointed the carbon capture and storage (CCS), in the name of increased funding for Climit DEMO.

Side streams and waste to value

The Prime Minister and the Minister of Climate and Environment, Sveinung Rotevatn confirm that they are working with a strategy for circular economy, which they are going to follow up during the spring.

- Where we have a considerable power, we will improve to make the resolutions greener. But we can´t promise more money over a video conference, the Prime Minister points out at the press conference.

- But an important part of what we have to concentrate on in the future, is the side streams and waste, which can be sources for income. It lays a lot of power for Norway in the circular economy, she adds.

We’re contributing to the energy efficiency of European industry 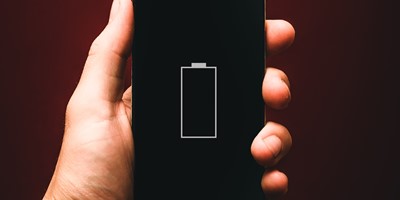